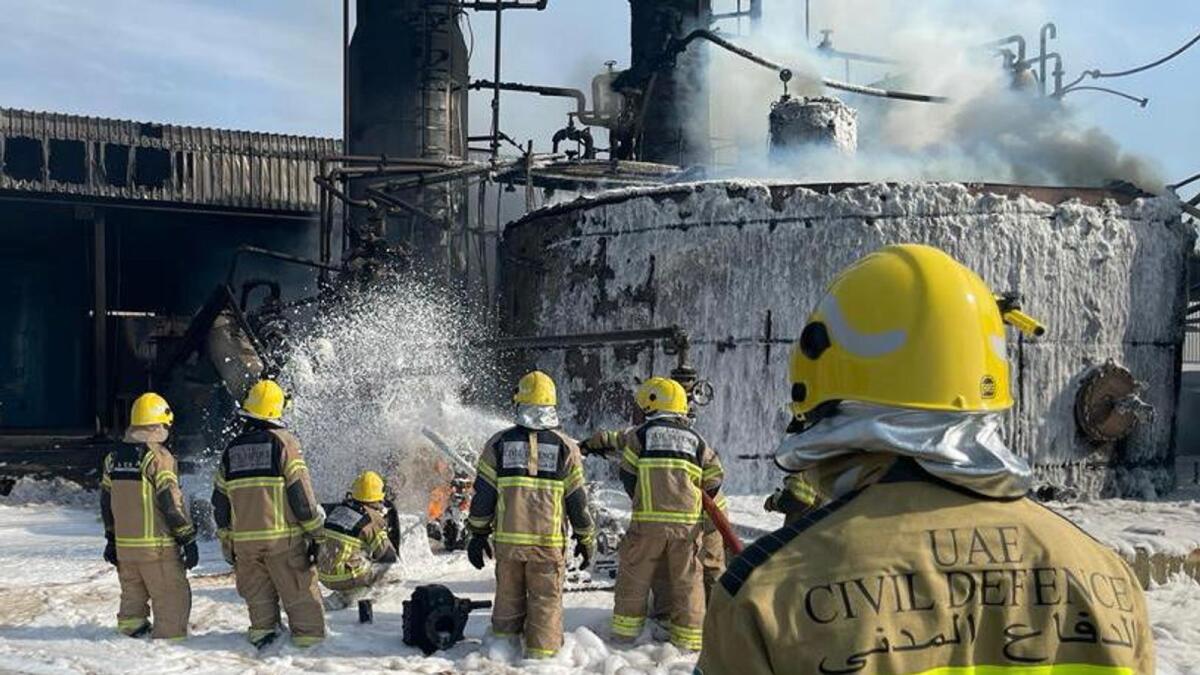 A fire that broke out at an oil factory in Ras Al Khaimah has been extinguished, civil defense confirmed.

No casualties were reported in the incident which was reported on Saturday afternoon.

Thick plumes of smoke rose from the site. Firefighters immediately arrived on the scene and prevented its spread.

Last year, firefighters managed to bring a huge fire under control at an oil factory in Al Jazirah Al Hamra. No casualties were reported at the time either.