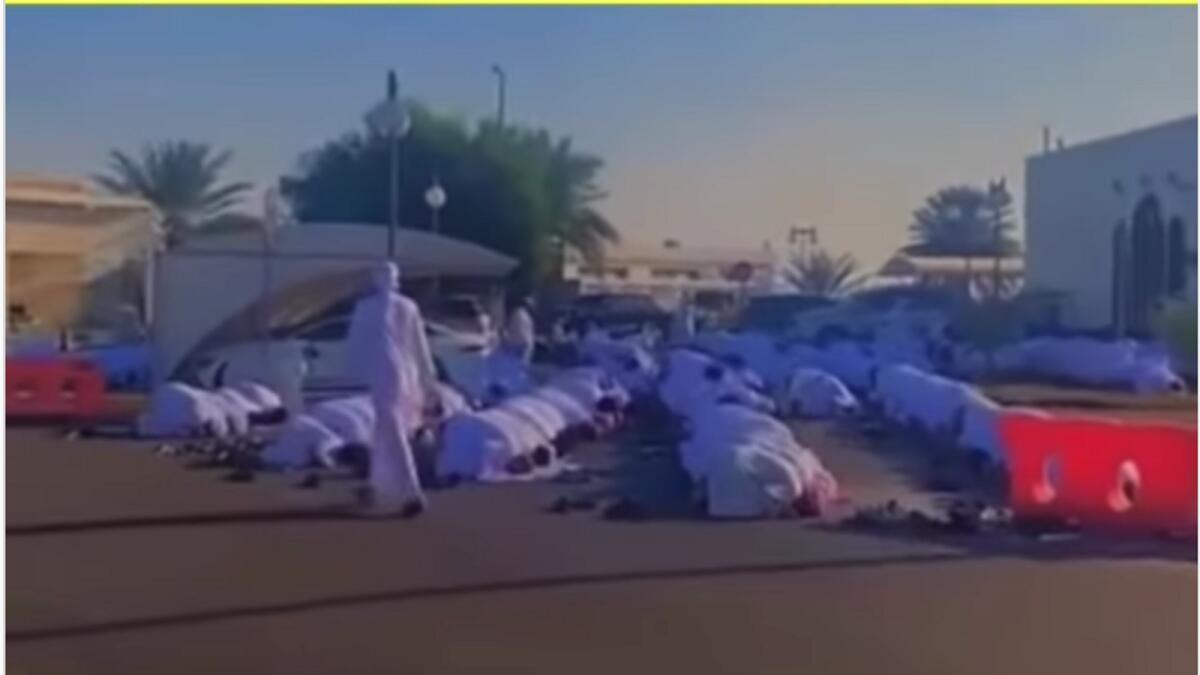 At a mosque in Abu Dhabi, an incredible crowd of Emiratis recently turned out for the funeral of an elderly American they didn’t even know.

It is a touching story that moved the UAE Interior Minister, Lieutenant General Sheikh Saif bin Zayed Al Nahyan. On Sunday, he shared a video featuring a man named “Majed” who explained how Islam unites everyone and uplifts women.

In the clip, Majed said the woman was a newly converted Muslim who died aged 93. She lived in Abu Dhabi with her son.

News of her death circulated via WhatsApp, prompting hundreds of Emiratis to turn up at her funeral to pray for her.

In the video, Majed shared photos of a crowd of men filling the mosque, extending into the parking lot.

“Hundreds of men have carried it on their shoulders. This religion has come to elevate women,” he added.

Things to do around the UAE on December 7 – wknd.