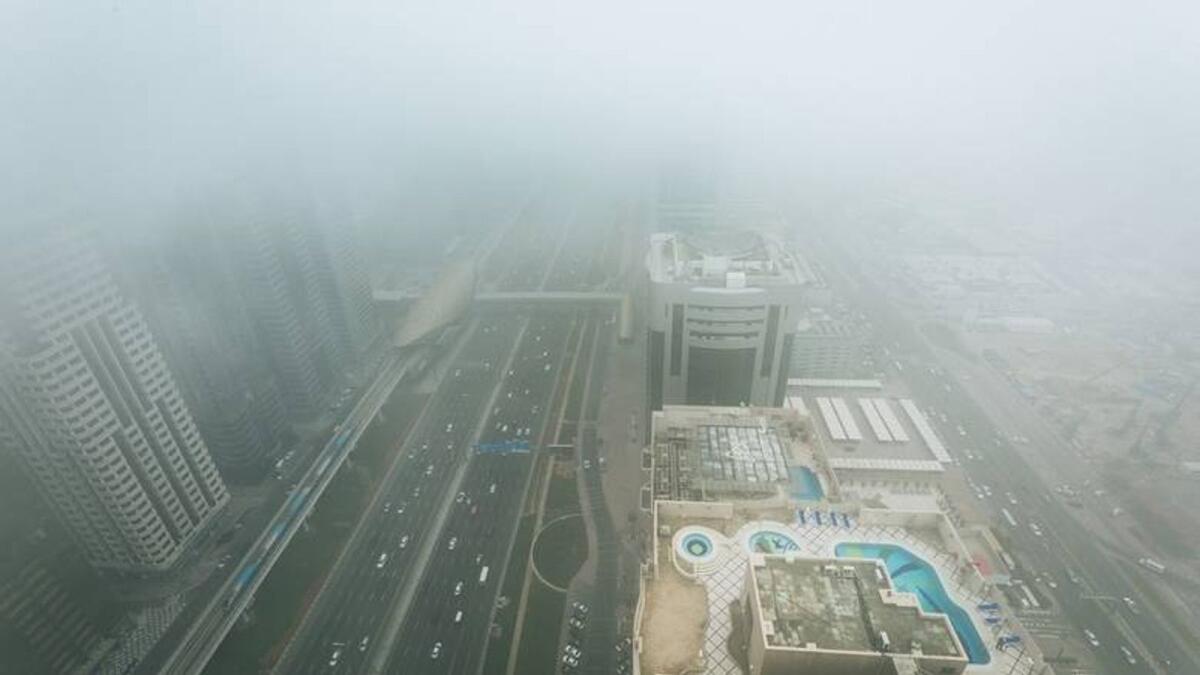 The day will be mostly fairly cloudy to partly cloudy, the National Meteorological Center said.

It will be humid overnight and Saturday morning with a chance of fog or mist forming over some coastal and inland areas.

A fog alert has been issued by authorities. Horizontal visibility is set to drop.

Visibility may at times drop even further over some coastal and inland areas from 2:00 a.m. to 9:00 a.m. today. 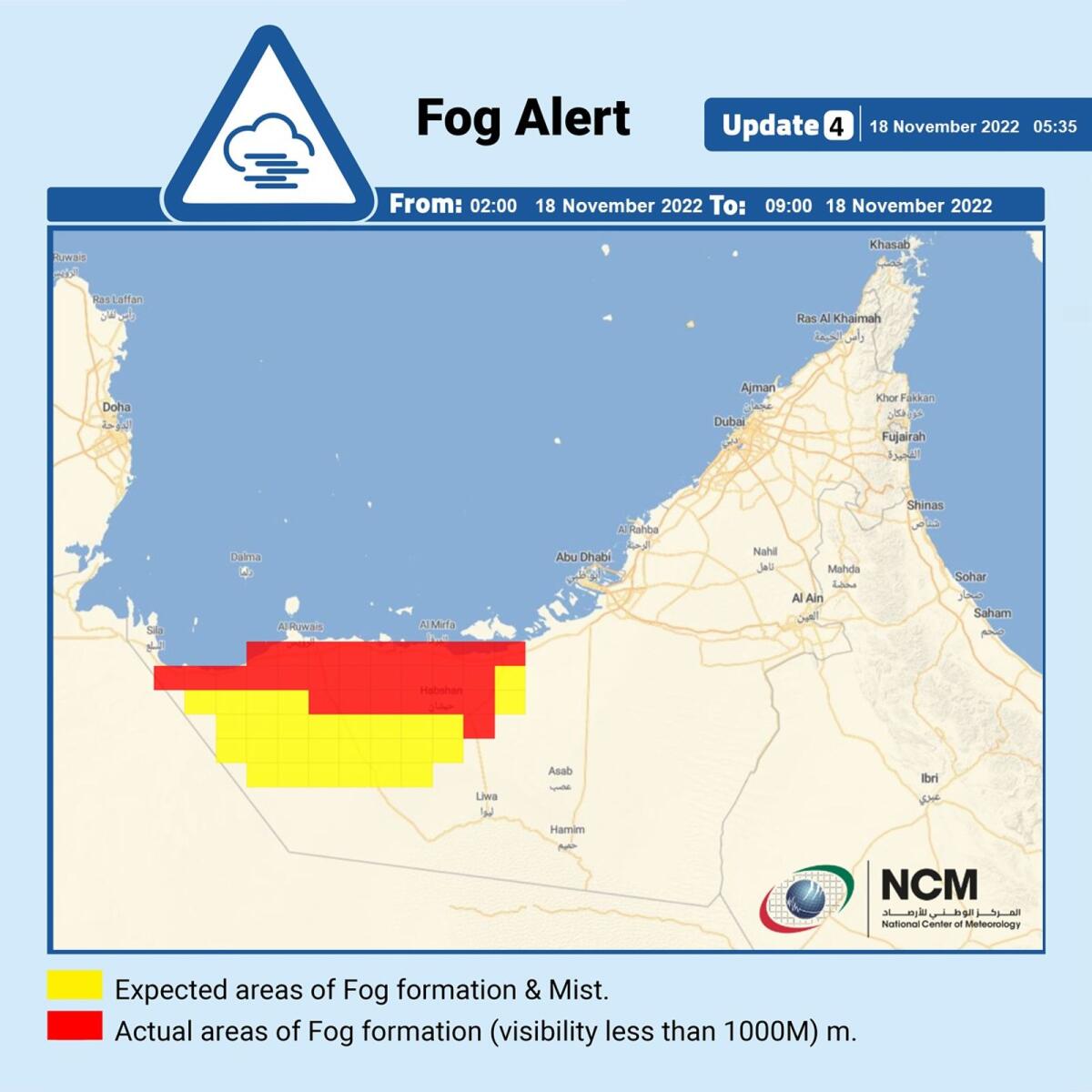 Temperatures in the country could reach 33°C. The mercury is expected to rise to 33°C in Abu Dhabi and Dubai.

However, temperatures could be as low as 21°C in Abu Dhabi and 23°C in Dubai and 16°C in inland areas.

Humidity levels will range from 30-90% in Abu Dhabi and Dubai.

Light to moderate South-East to North-East winds will blow with a speed of 10km/h to 20km/h reaching 30km/h.

Watch: The King of Bahrain receives the President of the United Arab Emirates at his residence in Abu Dhabi – wknd.