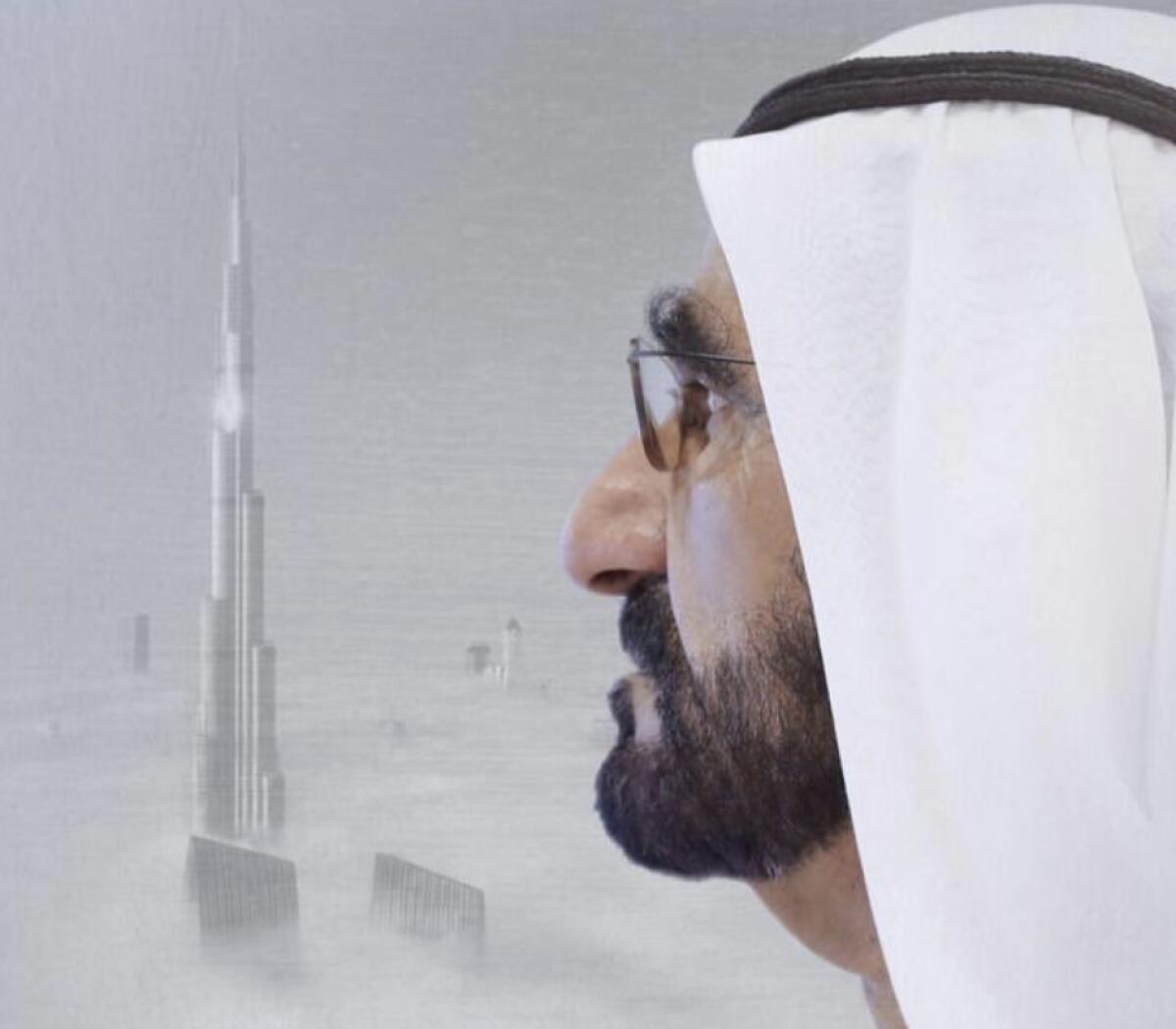 His Highness Sheikh Mohammed bin Rashid Al Maktoum, Vice President and Prime Minister of the United Arab Emirates and Ruler of Dubai, on Tuesday announced the launch of the government’s “We The UAE 2031” vision.

The initiative, launched at annual meetings of the UAE government, represents the country’s vision for the next decade.

The plan is an integrated program that shapes the future of the country over the next ten years by focusing on social, economic, investment and development aspects.

Sheikh Mohammed said “We, the United Arab Emirates 2031” will shape the country’s progress towards a more accomplished and developed future, in which all entities and institutions cooperate within a unified ecosystem.

“Today we launched the ‘We The UAE 2031’, at the annual meetings of the Government of the United Arab Emirates… It represents our government’s vision for the next decade as we embark on a national path to new achievements under the leadership of my brother Mohamed bin Zayed,” the Dubai Ruer said.

“The UAE will retain its position as an economic destination…Economic prosperity, social well-being and human capital development will be key pillars for the next 50,” he added.

The “next fifty”, he said, will focus on strengthening the social and economic ecosystem and building a strong, sustainable and fast-growing economy by strengthening the UAE’s economic partnerships with the world. and consolidating its development model.

This happened during the annual meetings of the Government of the United Arab Emirates, held in Abu Dhabi, which brought together all government entities at the federal and local levels to discuss challenges and strategies related to the country’s national development plan to achieve the objectives of the “UAE Centenary 2071”.

Sheikh Mohammed signed a charter for the national plan which represents its most important features, the principles of UAE government and interdependence and aspirations for the future.

The plan is based on four main pillars that cover all sectors and domains, including economy, society, ecosystem and diplomacy.

This pillar aims to achieve the prosperity of society, providing all means of support to citizens and developing an integrated system to empower them and build their capacities to maximize their effective contribution in all sectors.

Also, this pillar emphasizes the support and strengthening of family cohesion. In addition, the “Forward Society” will cover the education sector, as a main axis to develop national cadres and provide talents with training and teaching materials.

The plan aims to continue developing the healthcare sector, updating its services and providing the best healthcare to the UAE community.

The plan will play a pivotal role in improving the UAE’s position to become the best medical treatment destination in the region. In addition, it will contribute to the full readiness of all medical facilities and personnel and elevate the country to the top 10 in the world in terms of healthcare quality.

This pillar will create and develop policies and plans that will contribute to achieving high economic growth in all sectors, as well as accelerating the pace of energy sector transformation and the use of alternative energy sources to strengthen the country’s efforts in the green economy.

The “Advanced Economy” pillar reflects the UAE’s belief in the importance of human capital as the main driver of the next ten-year development plan. The UAE aims to be among the top 10 countries in the world to attract global talent.

“Forward diplomacy” is one of the main pillars of the national plan that sets the framework for the UAE’s international role. Since the establishment of the Union, the foreign policy of the United Arab Emirates has been based on a set of principles aimed at consolidating the foundations of peace and joint cooperation at the regional and global levels. The plan aims to consolidate the central role and influence of the United Arab Emirates based on respect for human values.

The plan attaches great importance to strengthening the role of the UAE as a force in support of the global environmental agenda, thus contributing to achieving qualitative leaps in climate neutrality and consolidating the country’s position as a global environmental hub. innovation in the fields of sustainability, science and technology.

The fourth pillar of the “We The UAE 2031” plan aims to improve government performance, delivering the best government services in the world and developing the most flexible business models to deliver results and efficiency.

The UAE seeks to consolidate its position as one of the safest and most secure countries in the world, with the best social, food, water and digital security.

This pillar aims to make the United Arab Emirates the highest ranked country in the world by developing proactive legislation for new economic sectors and improving the country’s position to be the world’s first in the security index, as well as only by elevating the country’s position to one of the top three countries in the Global Cyber ​​Security Index and one of the top 10 countries in the Global Food Security Index.

The “We The UAE 2031” is a roadmap in which all government entities and institutions and the private sector will cooperate to ensure the advancement of the development process, in accordance with the ten-year framework of the plan.

Bangladesh accused of violent crackdown on freedom of expression