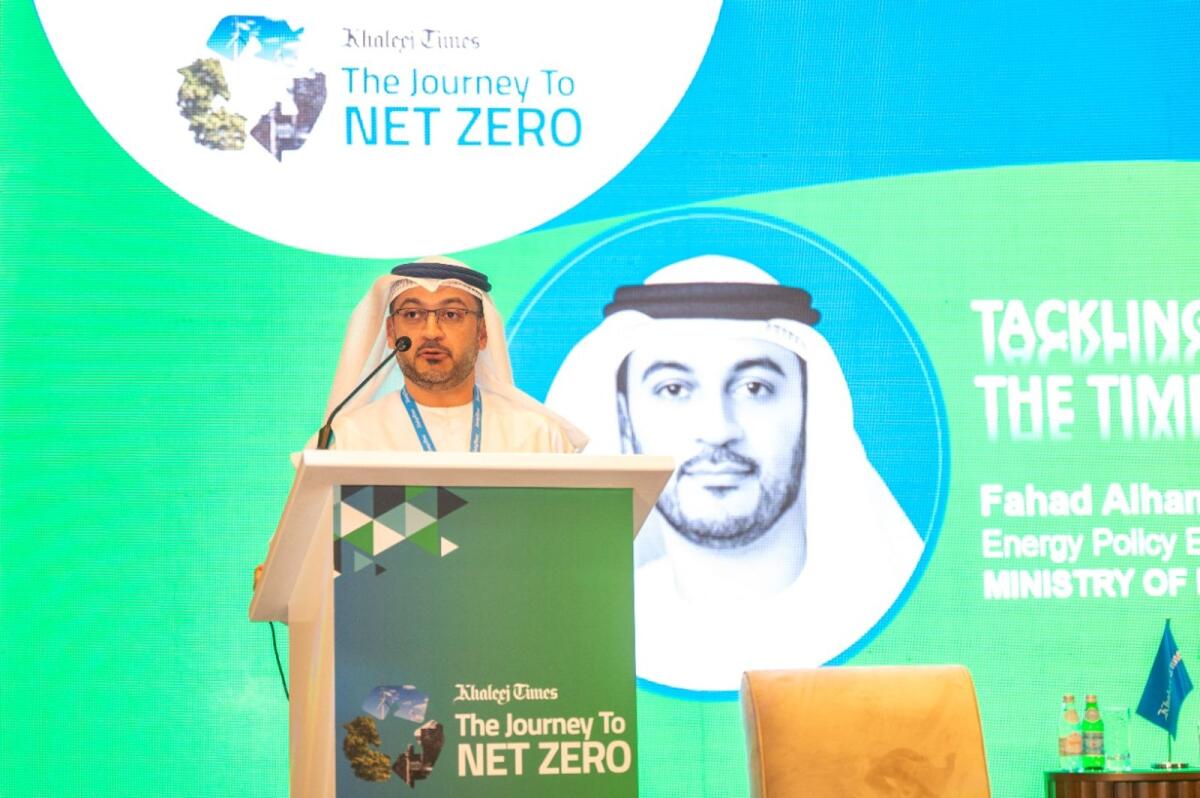 Fahad Al Hammadi at The Journey to Net Zero conference. — Photo by Shihab

The UAE has set ambitious targets for the energy sector and plans to invest around $163 billion (nearly 600 billion dirhams) in clean energy to support climate neutrality goals.

This was stated by Engineer Youssef Al Ali, Deputy Undersecretary for the Electricity, Water and Future Energy Sector at the Ministry of Energy and Infrastructure, speaking on his behalf by the engineer Fahad Al Hammadi, energy policy expert at the ministry. .

Energy and climate action are high on the national agenda and are among the UAE’s goals for the next 50 years, the ministry said.

They are also a major part of the Net Zero by 2050 strategy that the UAE has rolled out to reduce emissions. The Emirates are the first country in the Mena region to announce its goal of achieving climate neutrality.

“The UAE is continuing with its ambitious energy plans, especially clean ones, as the state plans to invest approximately $163 billion in clean energy and supports climate neutrality goals. .

“Additionally, the state is currently working to re-evaluate its national priorities by addressing climate change and seeking new opportunities for economic growth, increasing social benefits and ensuring future preparedness for the next 30 years,” said Al Hammadi during the speech given at The Journey to Net Zero conference organized by Khaleej times Wednesday.

Al Hammadi added that the UAE has established its global position in the clean energy sector which supports environmental sustainability and reduced carbon emissions. He revealed that the Al Reyadah project is the first facility in the Mena region to capture, use and store carbon on a commercial scale.

“However, the electrical energy consumed by the National Oil Company comes from carbon-free nuclear and solar energy,” he said.

Al Hammadi confirmed that the state has invested in renewable energy projects in more than 40 developed and developing countries, as well as in peaceful nuclear energy, and is laying a clear foundation for building on energy. hydrogen, which is essential to achieving net zero emissions.

He underlined that the UAE seeks to strengthen cooperation with its strategic partners – locally, regionally and globally – to leverage innovation, modern technology and the fourth industrial revolution in the development of the sectors of the energy, electricity and water.