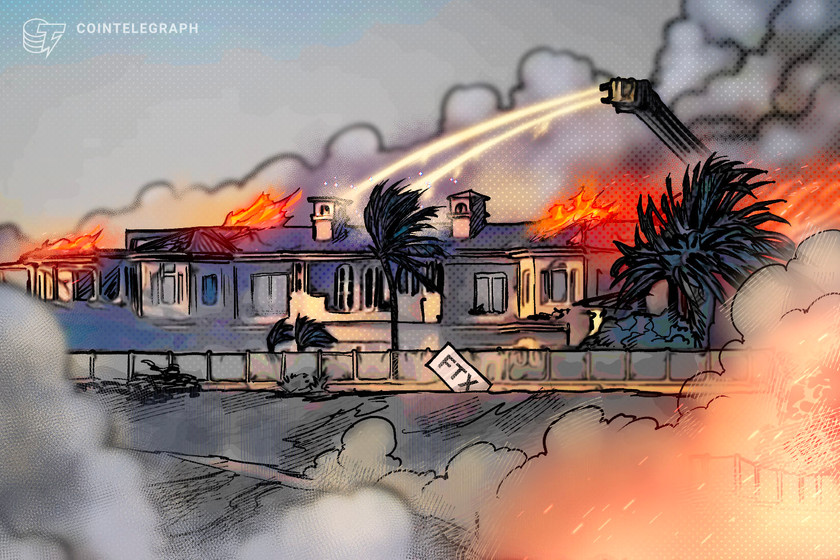 On November 11, as the rest of the country celebrated Veterans Day, Sam Bankman-Fried announced that FTX – one of the world’s largest cryptocurrency exchanges by volume – had filed for bankruptcy. Lawmakers and pundits quickly latched onto FTX’s rapid disintegration to call for greater regulation of the crypto industry. “The most recent news further underscores these concerns [about consumer harm] and highlights why careful regulation of cryptocurrencies is indeed necessary,” said Karine Jean-Pierre, White House press secretary.

It is still unclear exactly what happened at FTX. Reports that between $1 billion and $2 billion in client funds are missing are deeply troubling. Widespread harm to consumers and indications of corporate impropriety only increase the likelihood that Congress will take action to regulate the crypto industry. As Congress considers overhauling the regulatory environment around crypto, it is important that lawmakers provide regulatory clarity without hampering positive innovation.

Anatomy of a Collapse

Sam Bankman-Fried was once the golden boy of the crypto world. Launching his career in traditional proprietary trading on Jane Street, Bankman-Fried left Wall Street and founded a crypto-focused quantitative trading firm called Alameda Research in November 2017. Three months later, he shot to fame in being the first to make significant profits by arbitrating the price difference of Bitcoin in Japan and the United States, which would earn him and his team $25 million a day. A little over a year later, he founded FTX. One need only read the now-deleted Bankman-Fried’s glowing profile of Sequoia Capital (which invested $214 million in FTX) to see how much believed him to be a financial scientist.

Bankman-Fried eventually left Alameda to focus on FTX while retaining a large stake in the fund. FTX has quickly become one of the largest crypto exchanges in the world, as revenues increased by more than 1000% between 2020 and 2021. In January, FTX was valued at $32 billion. But, on November 2, leaked documents indicated that Alameda Research held a large amount of FTX tokens (FTT). Four days later, Changpeng “CZ” Zhao – CEO of rival exchange Binance – tweeted that his company would liquidate around $2.1 billion worth of FTT. CZ’s statements, coupled with fears of illiquidity, led to a classic bank run on FTX.

As part of Binance’s exit from FTX shares last year, Binance received approximately US$2.1 billion cash equivalent (BUSD and FTT). Due to recent revelations that have come to light, we have decided to liquidate any FTT remaining on our books. 1/4

Facing a liquidity crunch, FTX and Binance agreed on an acquisition. But, “as a result of corporate due diligence,” Binance pulled out of the deal. Over the next 48 hours, Bankman-Fried removed assurances that “assets are fine,” asked investors for $8 billion to save his business and apologized.

1) I’m sorry. This is the most important thing.

I screwed up and I should have done better.

On November 11, Bankman-Fried announced that FTX, FTX.US, Alameda Research and approximately 130 other affiliates had filed for Chapter 11 bankruptcy.

Today I filed FTX, FTX US and Alameda for a voluntary Chapter 11 proceeding in the US.

The impact of FTX’s collapse on consumers is devastating. Court records show FTX Group may have “over a million creditors in these Chapter 11 cases,” and legal experts have claimed many customers may never get their money back. After Bankman-Fried’s departure, FTX appointed John J. Ray III – the attorney who handled the liquidation of Enron Corp. after his disappearance – to oversee the bankruptcy proceedings.

Over the past few years in Washington, crypto regulation has been widely viewed as a “pre-partisan” issue that crosses political lines in a way few issues can. It is widely recognized by legislators, regulators and industry that crypto and blockchain technologies do not fit neatly into existing regulatory structures, leaving much of the industry in a regulatory gray area and leading to what many have complained about is regulation by enforcement. These complaints have led lawmakers to push for new legislation to clarify the rules of the road for crypto.

While there are many smaller bills that have been introduced, there are two major bills that aim to bring clarity to the crypto industry. The Lummis-Gillibrand Responsible Financial Innovation Act delineates jurisdiction over digital assets between the Securities and Exchange Commission (SEC) and the Commodities and Futures Trading Commission (CFTC), allows exchanges to register with the CFTC, and creates new requirements for stablecoin vendors, among other things. The Digital Products Consumer Protection Act (DCCPA) would grant the CFTC exclusive jurisdiction over digital product exchanges, require exchanges to register with the CFTC, and create new disclosure requirements for product brokers digital, among others.

The DCCPA is sponsored by the Chairman and Ranking Member of the House and Senate Agriculture Committees, which have jurisdiction over commodity markets, and there are only slight differences between versions of the draft. House and Senate bills.

With Congress winding down, it is unlikely that either of these bills will pass before the end of the year. But lawmakers have made clear their intention to revisit this issue next year, and the collapse of FTX has only increased the likelihood of legislative action on crypto.

In addition to comments from the White House and federal regulators, lawmakers haven’t thrown a punch when it comes to FTX. Democratic Ohio Sen. Sherrod Brown said Bankman-Fried should be called to testify before the Senate and urged regulators to “crack down” on the industry. Massachusetts Democratic Senator Elizabeth Warren, who has always been critical of crypto, said the industry was mostly “smoke and mirrors” before calling for more regulation.

The implosion of FTX should be a wake-up call for Congress and financial regulators to hold this industry and its leaders accountable.

Too much of the crypto industry is smoke and mirrors. It’s time for tougher rules and tougher enforcement to protect ordinary people.

Other members of Congress were more nuanced in their comments regarding FTX. “Oversight is one of the most critical functions of Congress and we need to get to the bottom of it for FTX customers and the American people. It is critical that we hold bad actors accountable so that responsible actors can harness technology to build a more inclusive financial system,” said Rep. Patrick McHenry of North Carolina. The senses. Debbie Stabenow of Michigan and John Boozman of Arizona, who are the DCCPA’s first Senate sponsors, pointed to the FTX’s collapse as evidence of why Congress should pass their bill.

The industry has also joined FTX in pushing for regulatory clarity. Coinbase CEO Brian Armstrong wrote an op-ed the day FTX filed for bankruptcy, calling for sensible exchange regulation. “It is also important to be clear about why this happened – and what needs to change if we are to prevent something like this from happening again,” Armstrong wrote. “Now the United States has a choice: take the lead in providing clear, business-oriented regulation, or risk losing a key driver of innovation and economic equality.”

It was already likely that Congress would take action to regulate crypto next year. The collapse of FTX makes it almost certain.

As lawmakers consider how to prevent the next FTX, it is essential that they avoid the pitfalls of panic-driven politics. As many have already pointed out, the irregularity of FTX and its subsequent collapse are not unique to crypto. Experts were quick to draw comparisons with Enron and Lehman Brothers. As happened in the wake of these incidents, Congress should first investigate FTX and then produce legislation that increases transparency and closes the loopholes that allowed FTX to operate as it did.

Related: Will SBF face the consequences of FTX’s mismanagement? Don’t count on it

So far, Congress and federal regulators have been unable or unwilling to provide clear regulations for the crypto industry. But we have also seen cases where poorly drafted legislation created more confusion than clarity. The broker definition too vague in the Law on Investment and Employment in Infrastructure is a case and a point and has not yet been corrected.

As lawmakers draft and re-draft targeted crypto legislation, it is essential that any proposal be narrowly tailored to address specific issues in a specific context. For example, custodial and non-custodial portfolio services operate differently and should be regulated differently. More importantly, lawmakers should not confuse apps with the protocols they run on.

Hopefully Congress will avoid a moral panic and use the current momentum to produce legislation that clarifies the regulation of crypto apps without hampering innovation. American customers and innovators should expect nothing less.

Luke Hogg is a policy manager at the nonprofit Lincoln Network, where he focuses on the intersection of emerging technologies and public policy.

The opinions expressed are those of the author alone and do not necessarily reflect the views of Cointelegraph. This article is for general informational purposes and is not intended to be and should not be considered legal or investment advice.