After two people, who leaked the income-tax details of the Army chief General Qamar Javed Bajwa have been identified, Pakistan minister Ishaq Dar has ordered a probe into the incident. 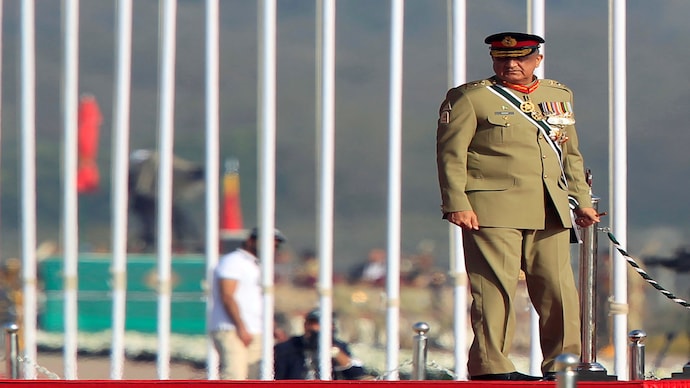 By Press Trust of India: Pakistan Finance Minister Ishaq Dar on Tuesday said that two people who leaked the income-tax details of the Army chief Gen Qamar Javed Bajwa have been identified, asserting that the probe would reach its “logical conclusion.”

In an interview to Geo News programme “Capital Talk”, Dar reiterated that leaking the Army chief’s income-tax details was “illegal.”

“I have seen the interim report. I hope to receive the final report today,” Dar said in the interview.

“One person involved in the leak is from Lahore and another from Rawalpindi,” he said, adding that it was being probed if they had authority to access the details.

The finance minister said relevant officials of the tax department were authorised to access data for their assessment, adding that the probe would be taken to its logical conclusion.

“There is a possibility that some of the individuals involved may have the authorisation to look at the income tax records as there is a (tax) circle in Rawalpindi where assessments take place,” Dar explained.

He said that the probe was ordered because it was illegal to divulge the tax details of anyone, except when a court had issued an order for it.

“The law does not allow the release of Army chief or anyone else’s income tax returns without a court order,” he noted.

Dar ordered a probe on Monday after tax details of Bajwa and his family members, including that of his daughter-in-law’s family were released online by the investigative website Fact Focus.

The FactFocus website, which describes itself as a “Pakistan-based digital media news organisation working on data-based investigative news stories”, shared the alleged wealth statements of Gen Bajwa and his family from 2013 to 2021 on its page.

The report, released days ahead of Gen Bajwa’s scheduled retirement later this month, claimed that the assets of Gen Bajwa’s wife, Ayesha Amjad, went from zero in 2016 to Rs 2.2 billion (declared and known) in six years.

It stated the amount did not include residential plots, commercial plots and houses given by the Army to her husband.

The report also alleged that the total worth of the declared assets of Mahnoor Sabir (Gen Bajwa’s daughter-in-law) jumped from zero in last week of October 2018 to Rs 1,271 million on November 2, 2018, while the assets of Mahnoor’s sister Hamna Naseer went from zero in 2016 to “billions” by 2017.

Furthermore, the tax returns of Sabir Hameed — the Army chief’s son’s father-in-law — were less than a million in 2013 but “in the coming years, he became a billionaire”, the website claimed.

On Monday, Dar took notice of the “illegal and unwarranted” leakage of tax information of Gen Bajwa’s family members.

“This is clearly a violation of the complete confidentiality of tax information that the law provides,” a statement from the Finance Division read.