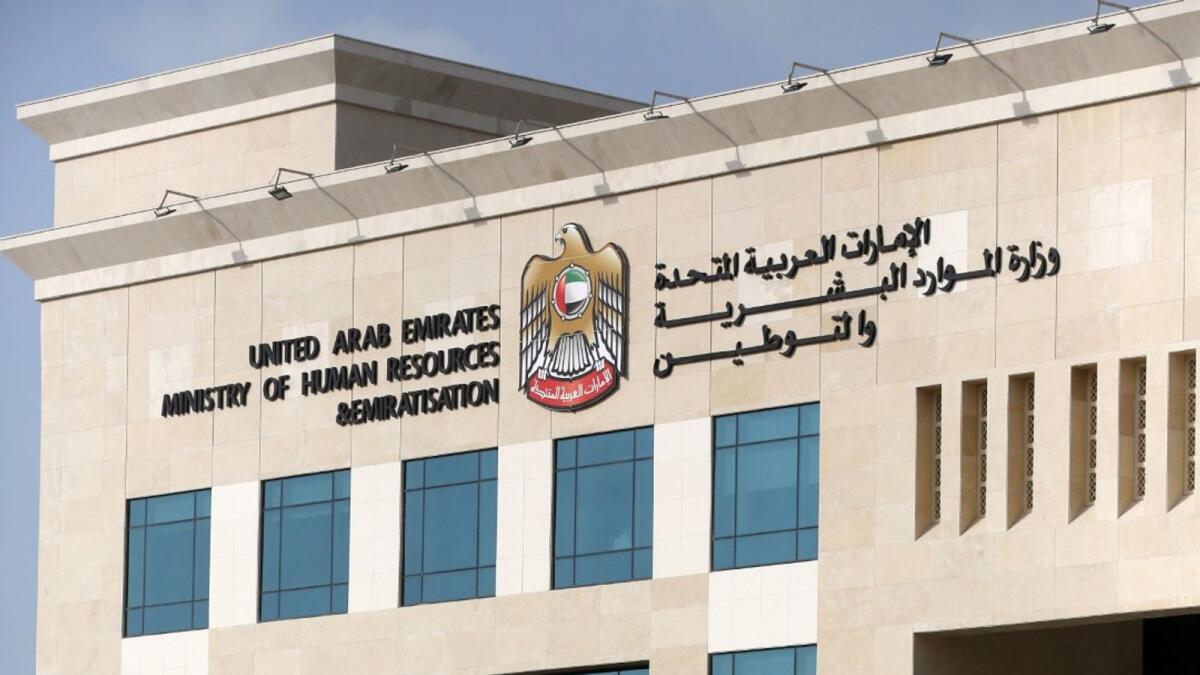 Failure to provide appropriate work accommodation to eligible workers and allegations of human trafficking are among four violations that could lead to the suspension of new work permits for companies in the UAE, the Ministry of Human Resources and Human Resources announced on Friday. of Emiratization (MoHRE).

According to a new resolution, the violations include offenses stipulated in Cabinet Resolution No. 21 of 2020 regarding service charges and administrative fines by the department and its amendments. In May this year, new fees were announced for issuing a work permit inside and outside the country.

The second violation includes failure to provide adequate work accommodations in accordance with the provisions of Ministerial Resolution No. 44 of 2022 regarding Occupational Health and Safety and Work Accommodations. Establishments with 50 or more workers, where the monthly salary of each worker is Dh 1,500 or less, must provide housing for its workers. In addition, any industrial establishment, as well as those working in the construction sector with at least 100 workers, must appoint a qualified occupational health and safety officer. These are among several standards for institutions to follow. The company’s file is administratively suspended until the necessary accommodations are provided to the employees.

The third violation involves allegations of human trafficking, where the offending company is suspended until proven innocent. The suspension continues for two years after a final judgment is rendered against the company in the event of a conviction.

The fourth violation concerns the abuse of the electronic powers granted to the company to access the ministry’s systems, which could lead to a disruption of the ministry’s procedures. In this case, the company’s file is administratively suspended for a period of six months from the date of the proven offence.

In addition, the Ministry has clarified the period during which remedial measures must be taken by the company to rectify its status and fulfill its legal obligations to regain the right to obtain work permits in accordance with Ministerial Resolution No. 543 of 2022 concerning the administrative suspension of a company.

Khalil Al Khoori, Undersecretary for Human Resource Affairs, MoHRE, said: “The new guidelines are in line with the Labor Relations Act and its Executive Regulations, to ensure compliance of private sector companies with the law. in order to guarantee the rights of both parties involved. in the employment relationship in a balanced manner, while ensuring productivity, the competitiveness of the business environment and the attractiveness of the UAE labor market.

He added that labor market legislation “is under continuous development to keep pace with the ministry’s efforts to help build the best and most active economy in the world.”

The ministerial resolution also authorized the employment of a foreign worker in the same profession, in one of the branches of the company owned by the same employer and authorized to carry out the same activity, without the need to obtain a work permit from the ministry.

It authorizes the employment of a foreign worker in any other enterprise belonging to the same employer (not a branch) even if the worker is not registered there, provided that a work permit is obtained from the Ministry in accordance with the current regulations.

Failure to follow this procedure is considered a violation of Cabinet Resolution No. 21 of 2020 regarding Service Charges and Administrative Fines and its amendments, where the company’s file continues to be suspended until payment of fines.

According to the resolution, the administrative suspension is applied to the rest of the companies held by the same owner/owners after six months from the date of suspension, according to certain measures decided by the ministry.

The resolution authorizes the administrative suspension of any company if it is proven that it has violated any of the provisions of Federal Decree-Law No. 33 of 2021, according to certain measures also decided by the Ministry.

The resolution authorizes protests against the decision of administrative suspension, in accordance with the procedures stipulated in Ministerial Resolution No. 45 of 2022 on the formation of the complaints committee on the basis of decisions issued by the Ministry.

Watch: The King of Bahrain receives the President of the United Arab Emirates at his residence in Abu Dhabi – wknd.