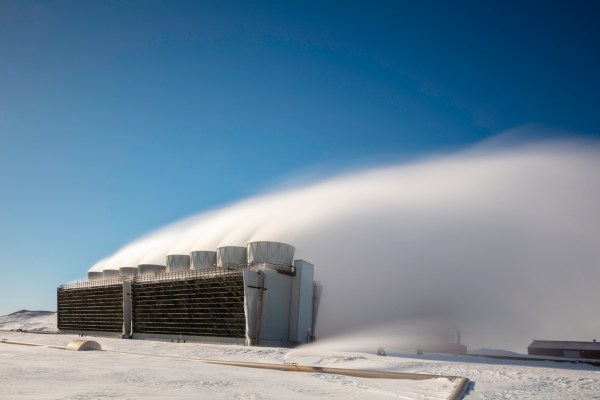 Most commercial-scale geothermal installations are in geological hotspots like northern California and Iceland. On a smaller scale, many homeowners have drilled shallow wells or buried loops in their yard for heating and cooling. But to truly unleash the potential of geothermal energy worldwide, and to do so cost-effectively, we’ll need new ways to drill deep and draw heat from the Earth.

As the world goes through an energy transition, many energy buffs talk at length about dispatchable baseload power. That’s a lot of jargon. “Dispatchable” means that grid operators can request a plant to generate electricity at any time and it will deliver. And “baseload” means power that can always be turned on, regardless of the weather. Renewable energies such as solar and wind energy are not, on their own, baseload energy. It’s a different story if they’re paired with batteries to store power for use when the wind is calm or the sun isn’t shining. The renewables + batteries combo is happening more and more frequently, but batteries are still expensive, and why not have more options than that?

To truly unleash the potential of geothermal energy worldwide, and to do so cost-effectively, we will need new ways to drill deep and draw heat from the Earth.

Geothermal is often touted as a basic carbon-free dispatchable source of energy, which is why energy enthusiasts are interested in it. In a geothermal power plant, a working fluid, often water, is injected underground, where it is heated before being sucked in again to pass through a heat exchanger or drive a turbine.

The heat source is almost unlimited. The Earth is constantly generating about 44 terawatts of heat, about half comes from natural radioactivity. This represents around 385,000 terawatt hours of energy released each year, far more than the world’s energy consumption, which in 2019 was just under 23,000 terawatt hours. If we could tap into a fraction of the Earth’s heat, well, we’d have a lot of energy at our disposal.

The potential of geothermal energy coincides with the impending decline of the fossil fuel industry, which is forcing many engineers to rethink their careers. It turns out that many of the drilling techniques developed for the oil and gas industry dovetail nicely with what is needed to integrate geothermal energy.

A number of startups are trying to transform geothermal energy from a niche energy source into one that can be widely deployed. Here are five that I watched.

If there was a prize for the sexiest geothermal technology, Quaise Energy would probably be the winner.

Google and Microsoft’s race to add AI chatbots to search results is fraught with risk; Bing displays results in a sidebar with quotes, which Google lacks (Parmy Olson/Bloomberg)

Google showcases advancements in AI, in search results and beyond

Participatory financing of health care costs: what to do?