Ford filed a patent application for roof-mounted airbags that would deploy from a vehicle’s headliner and surround occupants for added crash protection.

The application was filed with the United States Patent and Trademark Office (USPTO) on April 7, 2021 and published on October 13, 2022. It shows ring-shaped housings mounted above each of the seats , from which the airbags would deploy. 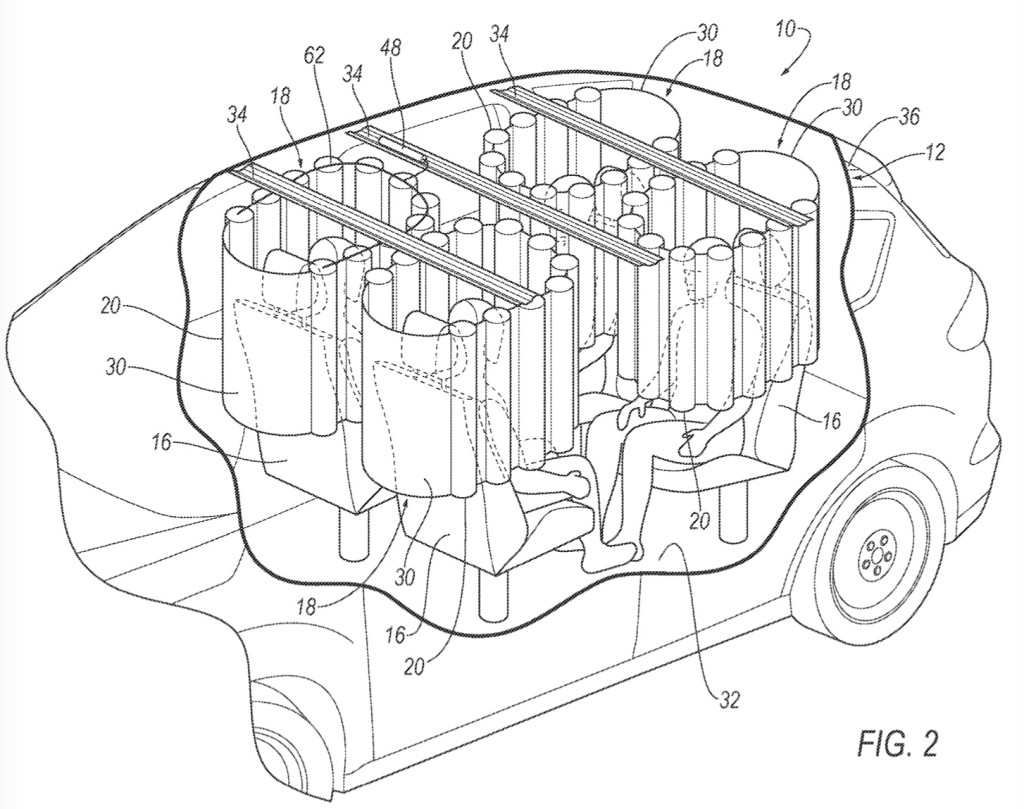 Ford said the technology is designed to work in passenger and utility vehicles of various body styles, including sedans, coupes, pickups, SUVs and minivans. But it will probably be easier to pack the roof-mounted airbags in a dispatch one Mustang. 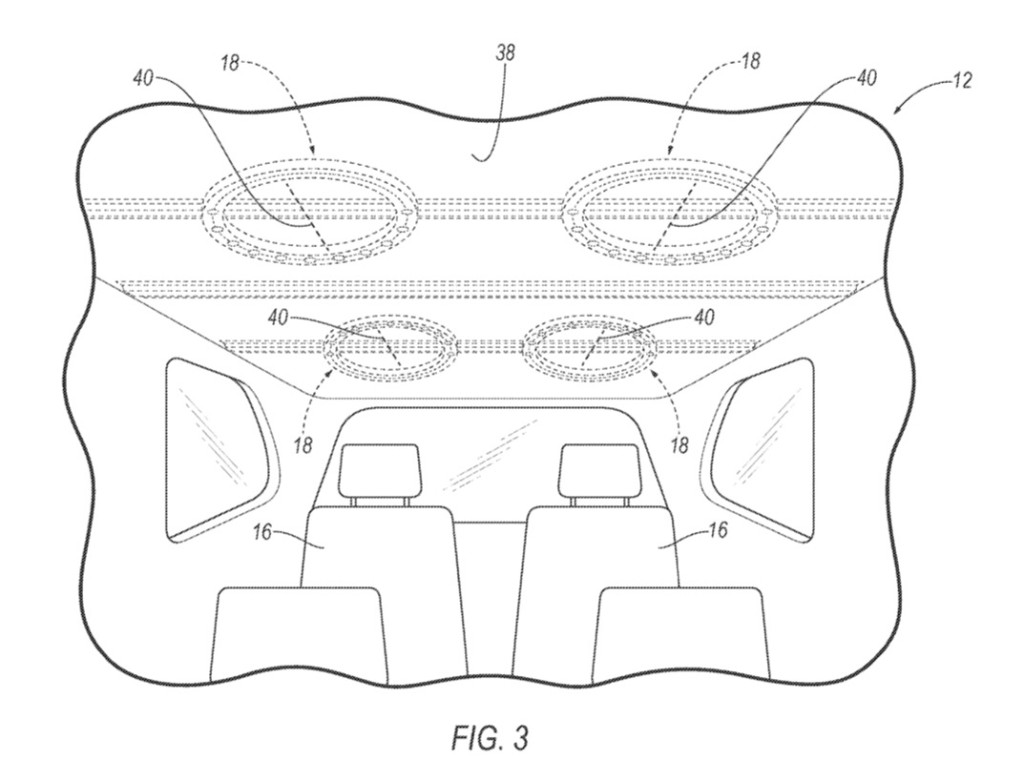 The Blue Oval also said these airbags were designed for self-driving vehicles. Some of the designs even show two rows of seats facing each other, a layout that seems to hint at a self-driving car. It should be noted that shortly after this patent application was published, Ford and the Volkswagen Group withdrew funding from self-driving tech startup Argo AI, forcing it switch off.

Ford’s interest in self-driving cars may be wavering, but the automaker continues to experiment with new safety technologies for conventional cars. Ford also recently filed a patent application for a external airbag system which would deploy behind the grille of a vehicle during collisions. But a patent application doesn’t automatically translate into production plans, so it’s unclear whether we’ll see either of these new airbag systems on vehicles sold to customers.